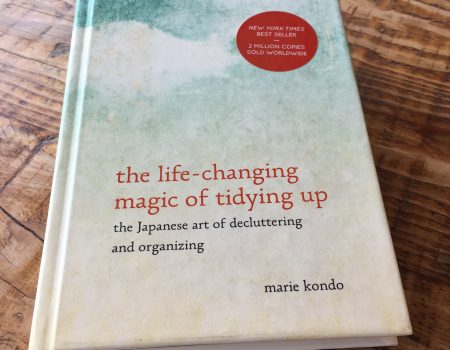 I just read this zen, tidying sensational.  I love cleaning.  So when a friend mentioned this book to me 2 years ago, I didn’t think twice about reading it.  Recently, I was talking with a client about the state of her house; I got the sense that further healing was stunted because her home was too full and unorganized.  She mentioned she had read this book and knew what she needed to do but had only completed her clothes and got derailed when she got to her books (more on the particulars later).  Then, I had another client who admittedly said the excessive state of her home was 80% of her stress.  I knew I could do all the fabulous healing work with her at my office but the moment she stepped back into her home, she would be once again consumed, preventing sustainable results.  So I told her she could hire me to clean her house.

Let me give you a little background on my relationship to cleaning.  I’ve been cleaning since my earliest memories and I wouldn’t be surprised, if I was tidying in my mother’s womb.  Half joking…but it’s a whole other conversation.

Growing up with my 4 sisters and single mother, I learned early on that cleaning would make my mother less stressed and happier. But that wasn’t my sole reason to clean.  I found great satisfaction in cleaning. I can picture my childhood room: freshly vacuumed lines in the carpet, my closet neatly organized; hangers equally spaced apart with all clothing facing the same direction, my stuffed animals carefully placed; making sure they looked comfortable (sometimes this meant my bunny would move next to a different furry friend.  I loved that bunny so much!  My mother gifted her to me after I fell off our swing set, landed on my face, and got 6 stitches.).  I got bored of my endlessly organized room so I would clean my younger sister’s room.  I swear it was the antithesis of my room and I loved tackling her room when she would grant me permission.  I can still picture her childhood room: blackout curtains, smell of a hamster cage, clothes covering every inch of the floor, closet bursting with boxes of baseball cards and hanging branded t-shirts.  It was a glorious nightmare and so satisfying to clean!  To her redemption, she now keeps a tidy house, while raising her 3 boys.

To paint the picture a little more…  I would fake being sick to stay home to clean.  I’m pretty sure my mom let me stay home because she knew she would get a clean house out of it.  Looking back, I see that I got so overwhelmed with school/life that I needed 3-4 sick (mental health) days a month.  I had made a reputation in our small town of 1,000 and was hired to help clean people’s homes.  I still laugh about when I was hired by a hippy artist to clean his house and studio.  My first day on the job, I cleaned out his fridge.  I was disgusted by all the moldy cheese he had and swiftly discarded it for him.  The next time I came back, he told me not to throw out his cheese, with no explanation.  It took my moving to Portland in my early 20’s to experience the delight of eating moldy cheese.  Ah, I get it now!  Sorry, “The Dude”; he looked just like Jeff Bridges in The Big Lebowski.

Now back to my present day client.  She decided to hire me and to prepare, I decided to finally read, The life-changing magic of tidying up; the Japanese art of decluttering and organizing by Marie Kondo.  Let me start by saying if you haven’t read it, see if you can borrow if from a friend or the library as it’s worth a read.  It came out in 2014 and it generated a lot of buzz.  Like usual, I’m about 2 plus years behind the trend as I follow no social media or news.  Nonetheless, it’s crossed my radar and certainly (re)sparked my interest in helping clear and create sacred space in people’s homes.

There’s a lot to say about this little decluttering book.  My intention of this blog is to promote Marie’s book and to diversify my services by now offering professional house clearing.

As a bonus, I’ll share my tip on how to equally space out your hangers: spread your fingers (forget your thumb) of one hand and place over the hangers, then pinch your fingers together, moving the hangers to a finger width apart and continue on down the line. I just did it, in my now adult closet, and I’m still brimming with joy.  It’s been probably 20 years since I’ve let myself perform this clever, tidying maneuver. It’s not trademarked so feel free! 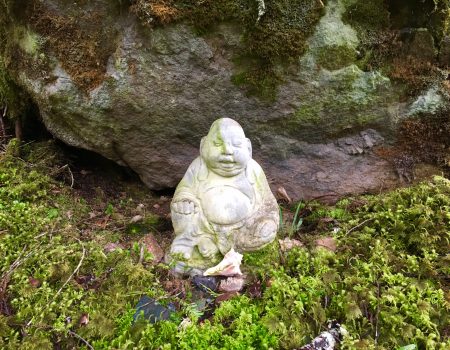 I was staring out the second floor windows of Prasad East ,waiting for my lunch, when I saw a visually impaired man trying to cross NE 12th and Couch.  Using his walking cane, he stepped out into oncoming traffic and a car swerved to miss him.  He then stepped back, grabbed his head, made fists with his hands and started to shake is arms.  His timing and sense of direction were misguiding him and he once again stepped out into oncoming traffic.  It took me about 20 seconds to realize he was in trouble.  It took me another 10 seconds to realize he needed MY help!

Two stories up, I yelled, “no, no” but what good was that as I was behind a wall of glass.  Now I was in a panic!  I grabbed my phone and wallet and threw it behind the cash register yelling, “I need to go help someone!”.  I ran downstairs and darted across traffic, knowing my eyes could get me safely across.  Even though my intention was to help, I prevented myself from reaching out to touch him as I didn’t want to assume he would be okay with that.  Instead I used my alarmed voice asking, “can I help you?”  He responded, “I’m not sure if I should even try to cross the street, it’s too busy and I think it’s best I just sleep the night here.”  What?!  Sleep the night here, at NE 12th and Couch!?  He was in such a state of panic that perhaps retreating and camping on the sidewalk seemed like the more sensible thing to do than cross the street.  His backpack was falling off one shoulder and I wanted so desperately to pull it back up, securing it on his shoulder, but again, I resisted this urge.  I then asked where he was going and he told me he was trying to catch the bus line 20.  Thank goodness because the bus stop was just on the other side of the street.

After a bit more fumbling and uncertainty, the walk sign signaled and I verbally guided him to the cross walk and across this street.  I wasn’t sure if I should give him my arm to lead him as I’ve seen others do leading vision impaired people.  Again, he was a complete stranger and I didn’t want to impose or offend.

We got to the bus stop and there was an elderly gentleman sitting inside.  I asked if bus line 20 came here.  He said, “yes” just as I looked up to read bus line 20 on the sign.  This elderly gentleman had missing teeth, wore a pocket protector and was overdressed for the 80 degree weather we were heaving.  Nonetheless, I trusted him immensely and asked if he would help this man board bus line 20.  He said, “yes” again and I asked the visually impaired man if he wanted sit to wait and he said “no, thank you.”  And just like that, I left the two men, walked myself south a block then west a block, through the double doors, back up the stair well and to my seat where my food was waiting.

Looking back now hours later, I see that it was a classic case of the blind leading the blind.  I didn’t know what I was doing.  I’d never helped a visually impaired person before.  Here’s what I’ve learned since, 3 A’s: Approach, Ask, Assist

Approach: if you suspect someone may need a hand, walk up, greet them and identify yourself.

Ask: “Would you like some help?” The person will accept your offer or tell you if they don’t require assistance.

Assist: listen to the reply and assist as required. Not all people who are blind or vision impaired will want assistance – don’t be offended if your assistance is not required.

I instinctively got the 3 A’s right: Approach, Ask, Assist. and now I know it is every bit appropriate for a sight-seeing person offer their arm to a visually impaired person.  Like the age-old phase goes, when in doubt, ASK!  By all means, listen to your heart and instincts AND go the extra mile to check in with the other person.  Be okay with hearing, “no.”   It doesn’t mean your heart or instincts were wrong.  I can pretty much guarantee that the elderly gentleman didn’t not ask for permission to put his hand on the back of the visually impaired.  Perhaps this is one of the luxuries of being an elderly, they don’t get caught up in the minutia of life, they can look past all the formalities and purely live from their heart. 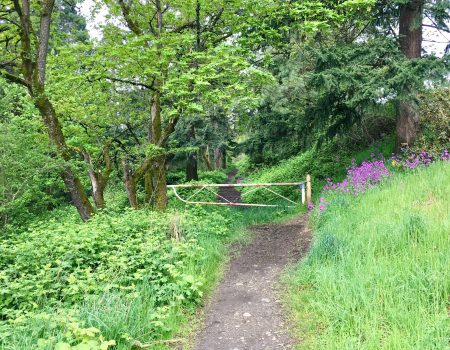 A path well beaten, yet nameless, so I began calling it ‘Hummingbird Lane’.  Now years later, friends and family have followed suit and it bares the name, yet no wooden sign (yet!), ‘Hummingbird Lane.’  She really named herself, or I just pointed out the obvious, this path is home to hummingbirds.  I tried to sound smart one day (mistake #1) and asked a birder if she had seen any of the hummingbirds.  She said “no” and ask asked what kind.  I confidently told her “Roufus” (mistake #2).  Well the next time I saw her she graciously let me know these hummingbirds are actually Broad-tailed hummingbirds.  Thank you birder, I was a fool to be over-confident, though I suppose I did point out to you that the path you were on had these magical creatures.  That must cancel out my first 2 mistakes (mistake #3).

END_OF_DOCUMENT_TOKEN_TO_BE_REPLACED 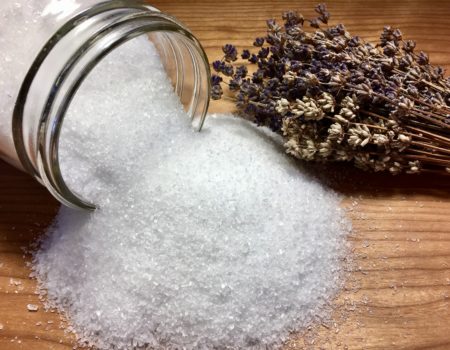 If you’ve seen me for a treatment, I’ve undoubtedly told you to take an Epsom Salt bath following your treatment and up to 3 times weekly.  Why am I such an Epsom Salt bath enthusiast?  Well it’s simply because of the amazing healing/health benefits of Epsom Salts.  Learn more here.  I suggest 2-4 cups in a tub for 20-30 minutes.  Be sure to drink lots of water while in the bath and following to replenish.

END_OF_DOCUMENT_TOKEN_TO_BE_REPLACED 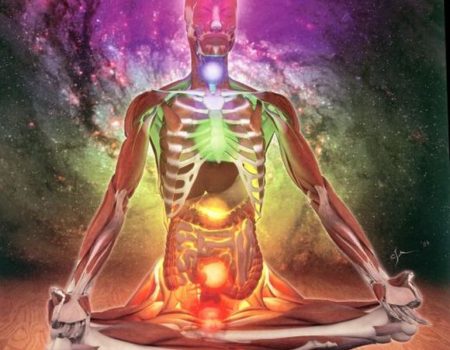 My first encounter with kundalini energy was at the beginning of 2012.  It started after a few months of a morning meditation practice.  I did not set out to activate my kundalini.  I knew very little about kundalini other than it being a yoga practice.  I was spontaneously thrown into the depth of discovering this unusual energy and no yoga mat was require.  Yoga and meditation can help to activate your kundalini, for me it was with meditation.  Once activated, it’s no longer a practice, it’s your life.